We work hard here to reduce our carbon footprint, we literally recycle everything, we don’t even have a rubbish bin, haven’t done for over 10 years now. What I am finding quite often now is clients asking about the polythene we use to wrap magazines, is it recyclable? The answer in short is yes it is, BUT you can’t just put it in your recycling bin at home. It has to go to a special LDP recycling point, typically at your local recycling centre or at some bigger supermarkets, which probably means most of it will end up in landfill, which makes me a bit sad. With that in mind we have located an alternative to polythene, a fully compostable material composed from a mixture of potato and vegetable starch. This will revert back to its original constituents within a 12 month period IF it is placed in a composting environment. Of course the downside is the cost, with pre-formed mailing bags typically costing 7 times that of the equivalent polythene alternative, but personally I think its a small price to pay for saving the planet. 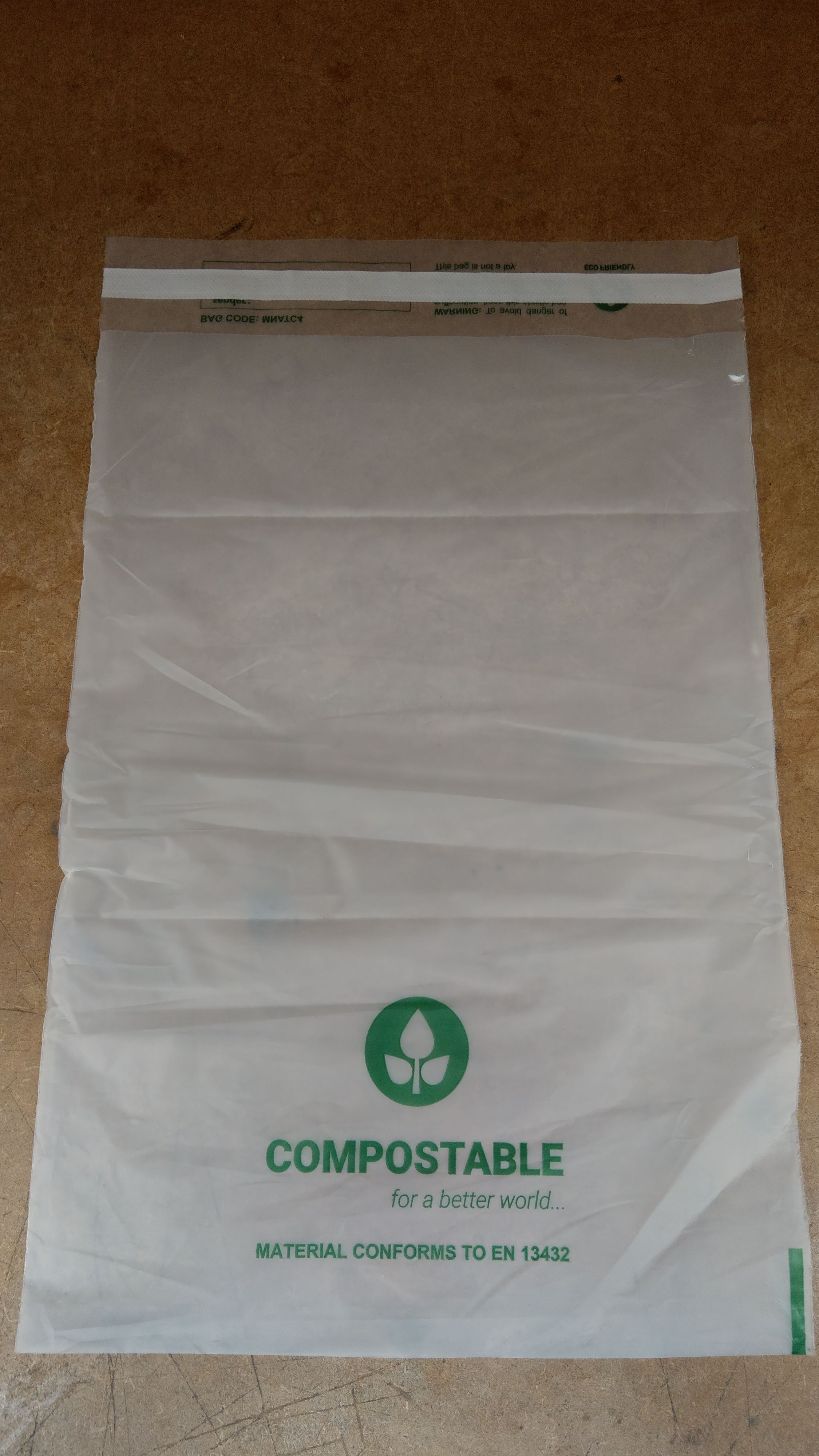